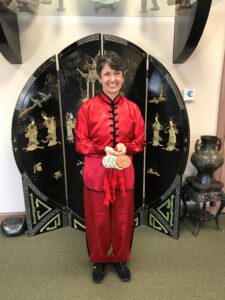 The school was represented by two senior adult students, one young adult, and 2 adult students, who competed in open hand and weapons young adult and senior divisions, partner forms, and sparring.  Two of the students were participating in a tournament for the first time, and one of those students – a beginner at Kung Fu – won a bronze medal.  This year’s team earned:  5 gold medals, 5 silver medals, 2 bronze, and the Grand Championship in the women’s 35+ division. This the second consecutive ICMAC tournament that one of Sifu Slaughter’s students has won Grand Champion and the 4th international Grand Champion for Sifu Slaughter’s CMA school!

Congratulations to all who participated! 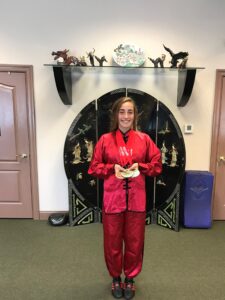 A big thank you to Master Scrima and everyone who helped organized this tournament, especially with all of the challenges presented by the on-going pandemic.  It was wonderful to see old friends again, and the level of enthusiasm and participation was heartening after the many months of struggle.  Thank you, also, to Sifu Slaughter for all his guidance and hard work in helping the team prepare for the tournament, and daily patience in teaching all of us. 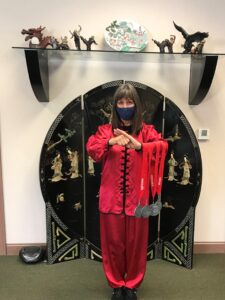 For more information on the Orlando tournament, visit the ICMAC website at https://www.kungfuchampionship.com/orlando/   Sifu Slaughter’s school will also be participating in the upcoming ICMAC tournament in Las Vegas on August 7, 2021.