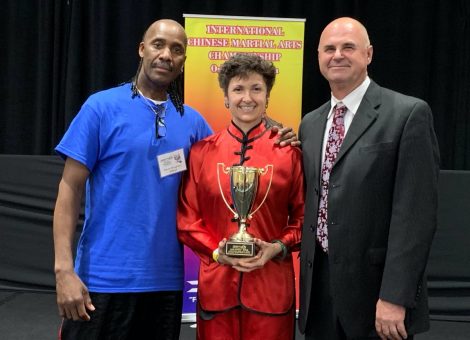 Susan expressed surprise and delight at the award, but none of her fellow students were at all surprised – her hard work and dedication are evident in every class, and this distinction was most well deserved!

Congratulations to Susan, and all the students who worked hard to participate in the International ICMAC 21stAnnual Invitational Chinse Martial Arts Championship!